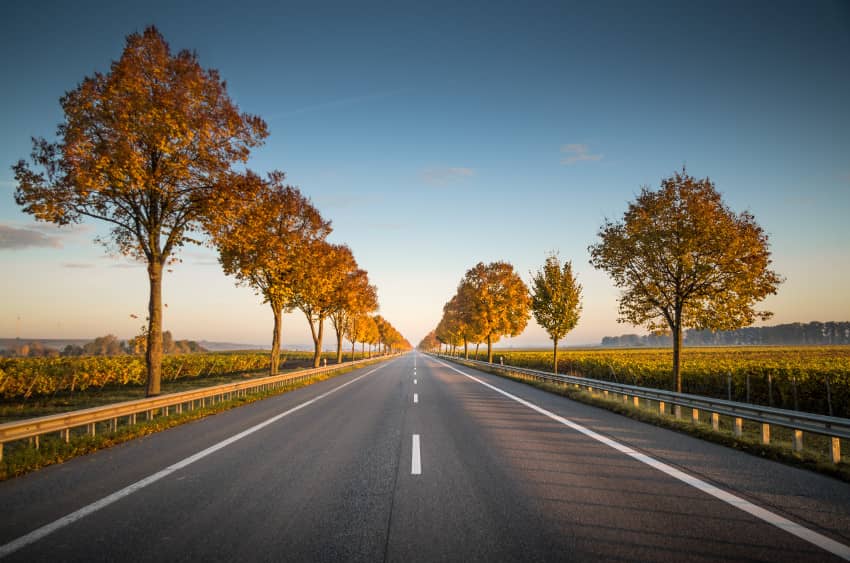 With the beginning of Q3, we published an updated roadmap for the EuroLinux operating system. These are our development plans and related activities. In line with our transparency strategy, we are providing upfront information about upcoming work.

We create our roadmaps according to the template:

The current roadmap was prepared with our partners and customers. Some of the points included in it are the result of pilot projects that we are already making available or will soon make available to the open source community. 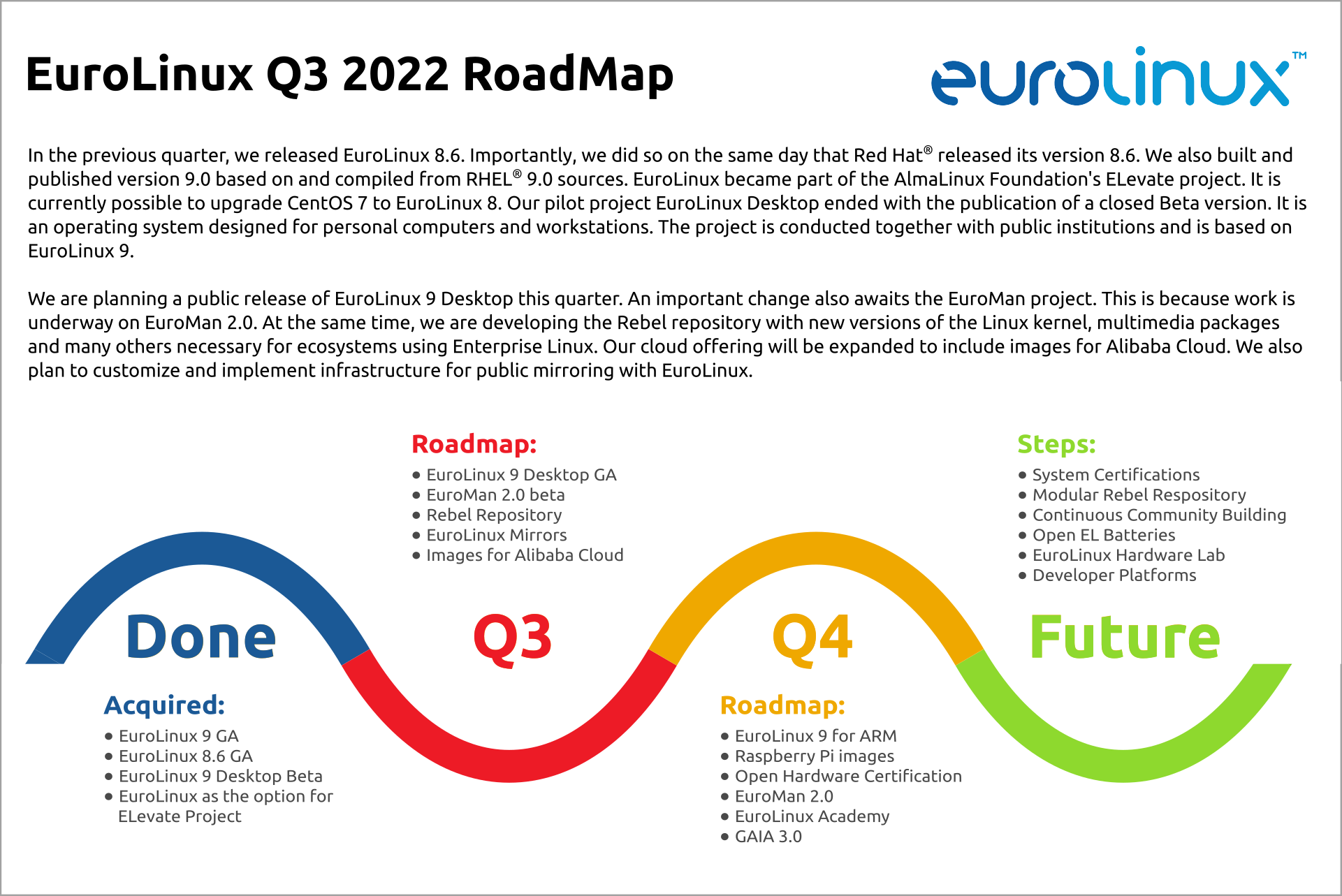 Last quarter we released EuroLinux 9, which also serves as a stable, maintainable, state-of-the-art base for desktop system preparation for the next 10 years. EuroLinux Desktop includes numerous improvements for those accustomed to using Windows or macOS while maintaining the stability and security of Enterprise Linux. We have already prepared the first version of this software. In Q3, we plan to release the GA (General Availability) version, which is a publicly available production version.

EuroMan is software for managing, configuring and inventorying machines. It enables distribution of software in a customer's local infrastructure, granting permissions to system users, managing machines, creating limits and much more. In Q3, we intend to prepare a completely new release and make it available in beta. We will prepare a migration path for customers who have EuroMan in their infrastructure.

With the release of EuroLinux 9, we have done work to enable the release of a new repository of community packages. It collects the most useful software not only from the server world, but also for workstations or desktop systems. This project will be 100% community-based.

More than a year after a CDN has been introduced to the EuroLinux distribution, we decided to take it a step further and provide a simple way to create community, open source mirrors. Q3 will see new public systems, updates to the main repositories from the el-release package, and documentation on how to join the EuroLinux mirror fleet.

Alibaba Cloud is the most popular cloud in the Middle Kingdom. Part of our community has been willing to use EuroLinux in the Alibaba Cloud ecosystem. We are currently in the process of certifying our images and systems for this cloud.

The next roadmap will be published in late September/early October.

In the meantime, we encourage you to visit our company blog, where all the points discussed will be systematically announced along with information on their implementation.