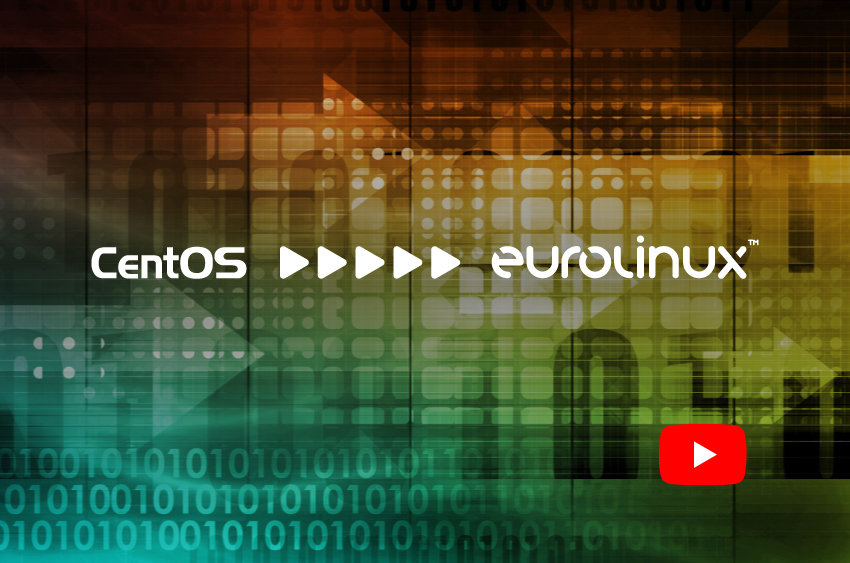 Migration from CentOS has been a topic of lively discussion on forums and social networking sites for a long time. Both administrators and ordinary users of this system speak and write about it. Let us remind you that at the end of 2021 the support for CentOS 8 ended. It will no longer receive stable updates and will become development software such as Fedora. Therefore, using CentOS, especially in production environments, will now be very risky. The solution to this problem is to migrate to another Linux, which will provide continued, stable support. It would be perfect if this migration did not require reinstallation of the system and the applications installed on it. We offer such a solution.

We have publicly released an automated migration script that allows you to migrate from CentOS to the latest version of EuroLinux quickly and easily. Thanks to this, you can extend the life of the instances existing in the infrastructure with the CentOS system until 2029. The entire migration process boils down to running a script that installs, among others, el-release package and updates the system. The operation is completely safe. Our migration script is universal as it supports migration not only from CentOS, but also from Red Hat® Enterprise Linux®, Oracle® Linux, AlmaLinux and Rocky Linux.

By identifying a new source for stable updates (from EuroLinux), CentOS can still be used safely even in production environments. Both EuroLinux and CentOS, as well as other systems from the family (Oracle® Linux, AlmaLinux, Rocky Linux) are built on the same source code (RHEL®), so they provide the same functionalities, can be used interchangeably, and the transition between them is easy and trouble-free. We write more about the additional benefits of using EuroLinux in the tab Support for CentOS.

The instructions shown below will work for: CentOS, RHEL®, Oracle® Linux, AlmaLinux, and Rocky Linux versions 8 and 7.

Migrating to EuroLinux – a guide

We update the system to the latest version:

We navigate to the directory with the script:

We run the migration script with superuser privileges:

After entering the command, a backup recommendation will appear in the terminal before starting the migration.

Note: For EuroLinux version 7, the script will also ask you for your EuroMan username and password (this is an update management system. The login information is available in the Customer Portal).

We recommend rebooting the system after the operation is complete:

During the first boot we will still see the option to select old kernel versions, but after a full boot they will be automatically removed and the correct EuroLinux kernel will remain in the system. To quickly verify that the process was successful, we can check the distribution description using the following command:

Note: $(hostname) stands for the name of the machine that was migrated.

The process of migrating to EuroLinux has been designed to be simple and secure. Internally it has been tested for: CentOS, RHEL®, Oracle® Linux, AlmaLinux and Rocky Linux.

Questions about how the scripts work can be emailed to us or directly submitted to the open source GitHub repository:
https://github.com/eurolinux/eurolinux-migration-scripts