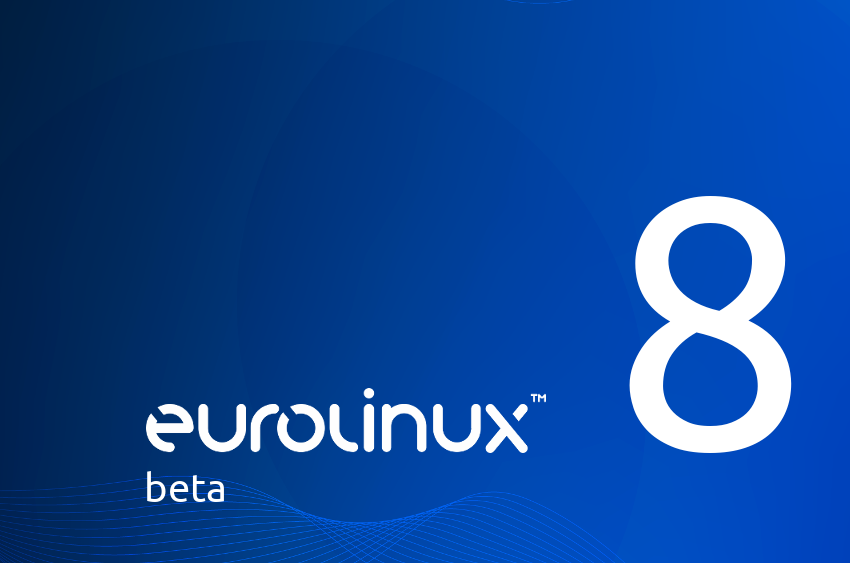 Today we have released to the public the beta version of EuroLinux 8.3. This is a test version of the software. Its release is the effect of few months of hard work of the EuroLinux team. During production, we created new build systems and extended QA procedures for this product.

Our mission is to create not only the best, according to the market standard, Enterprise Linux but also to add to it some key technological advantages and features. They constitute an added value in relation to other vendors while maintaining full compatibility with the upstream.

The beta release is an essential step in the development of the software, but it does not hold back further goals and projects. There is a lot of work ahead of us in the very near future, the results of which will be made available soon - more information in our roadmap below.

Below you will find installation ISOs:

What does beta mean?

A beta version is usually a test version available for testing outside an organization. In the case of EuroLinux 8.3, the system is ready for user testing, and we want to make it available to you. Notably, the systems responsible for building and testing it are already 100% automated and repeatable.

Should I install this version in production?

The version is mainly for testing and should not be installed in production environments.

Can EuroLinux beta be used without any restrictions?

Yes. However, it is not directly supported by EuroLinux.

Will the beta version automatically become the production version?

Like any installable version of EuroLinux, the beta version has access to the certify repository, which is a frozen version of the repository used to certify software. When the final version is released, this repository will be updated so that the beta release should become a full product after the update. However, EuroLinux does not guarantee a seamless transition from beta to GA, as this is not our priority. In addition, using beta versions of software in production environments is not a good practice.

Where to report bugs?

Our customers can report bugs through the standard channels:

Bugs can also be reported in the public GitHub repository under Issues -> New issue -> Bug Report:

Where to submit ideas and requests for change?

Ideas for improvements to the distribution can be submitted to the public repository on GitHub, under Issues -> New issue -> Package/Feature Request:

The overall EuroLinux roadmap is as follows: