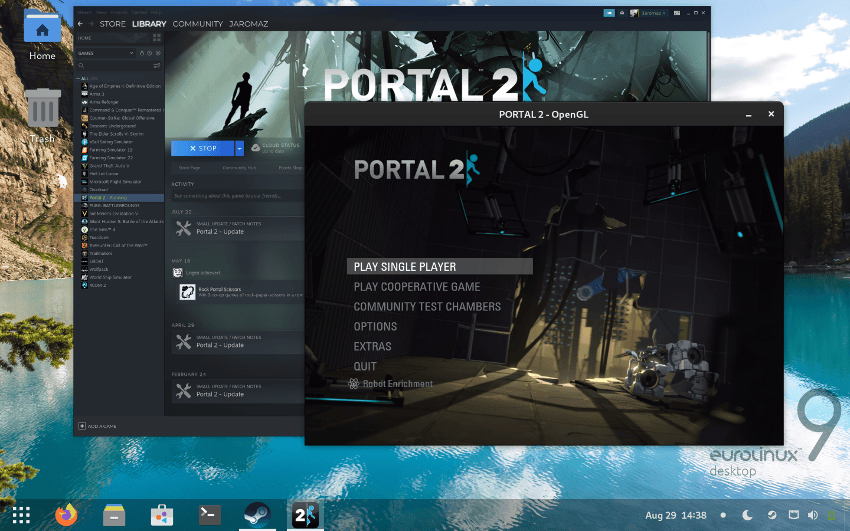 The holiday season is approaching, so today we offer a slightly lighter, but interesting topic. After a period of tumultuous development, Linux gaming has finally managed to win the trust of gamers and convince them to the platform from under the penguin sign. Thanks to digital video game distribution services, gamers can enjoy their favorite Windows titles also on EuroLinux Desktop.

However, before trying to install Steam, you should make sure that EuroLinux Desktop includes the required graphics drivers. If not, Nvidia users should download the company's official drivers, and AMD users should install the open Mesa drivers. 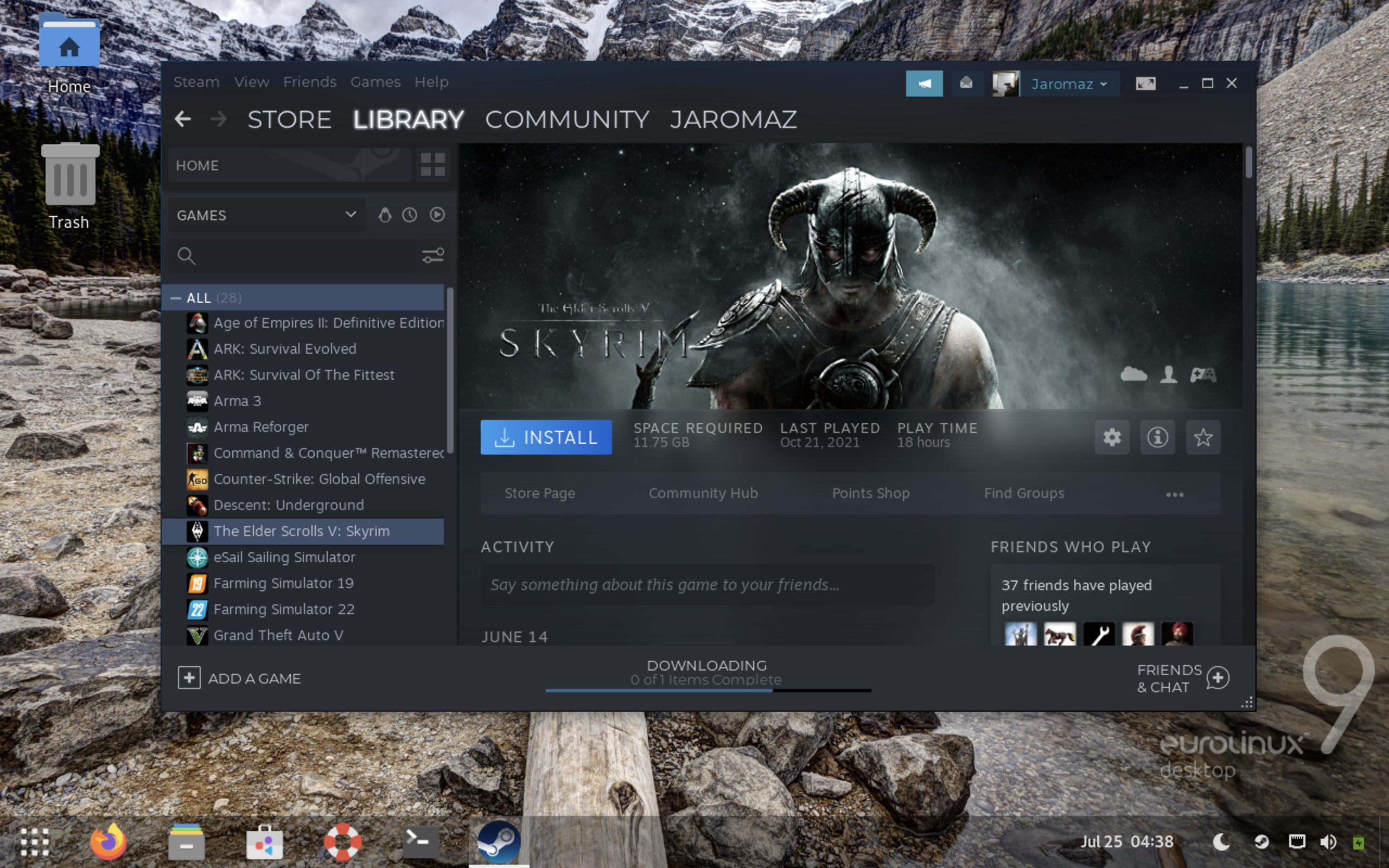 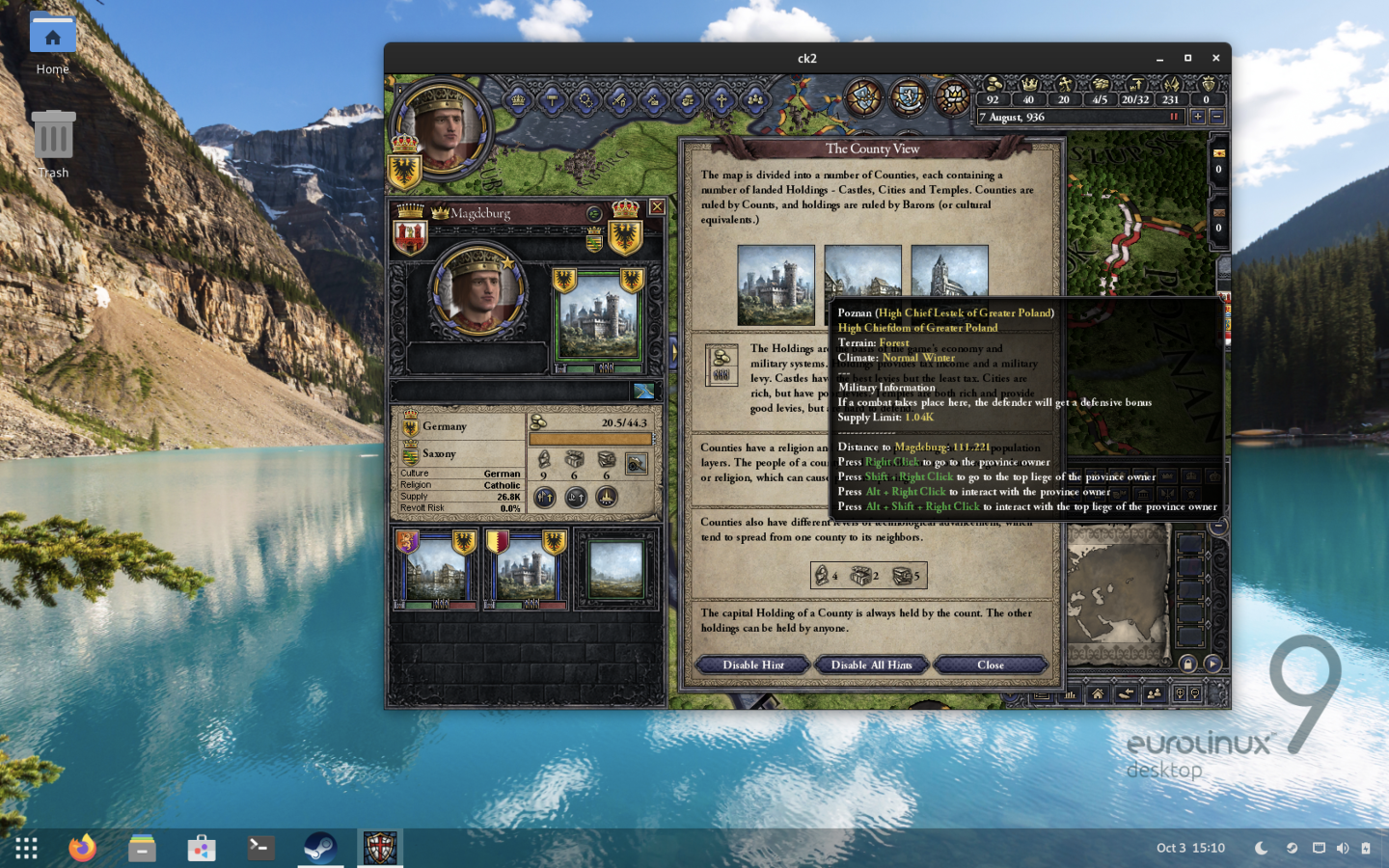 A breakthrough for gaming on Linux systems was the introduction of DXVK (DirectX to Vulkan), a tool for converting Microsoft DirectX 11 and DirectX 10 graphics calls to Vulkan, an open source graphics API that is compatible with Linux. DXVK is mainly used in Steam Play and is part of the Proton group. The solution works differently than the traditional emulator approach to gaming, where you have to use a Windows virtual machine and play as if "inside it." DXVK allows translation and full use of the computer's hardware resources. With this solution we get comparable performance to the native version of the game.

ProtonDB is a service that compiles player experiences into a convenient-to-view database where you can see how well a title performs on GNU/Linux. The service has an actively growing community of testers who help improve Proton. Users can easily check the game's compatibility rating, leave reviews, and rate performance and compatibility. Game testers also leave bug fixes and tips on what to do to fix a game and help it run on Linux. Using the site, you can search for games from your library on the homepage or link your Steam account to check the status of each game in one go.

Steam is Valve's digital video game distribution service and store. The Steam software client was launched in September 2003 as a way to provide automatic updates for games developed by Valve. It was then expanded in late 2005 to include the ability to distribute titles from other game publishers. Steam offers various features such as digital rights management (DRM), game server matchmaking and anti-cheat programs, as well as social services and streaming games. 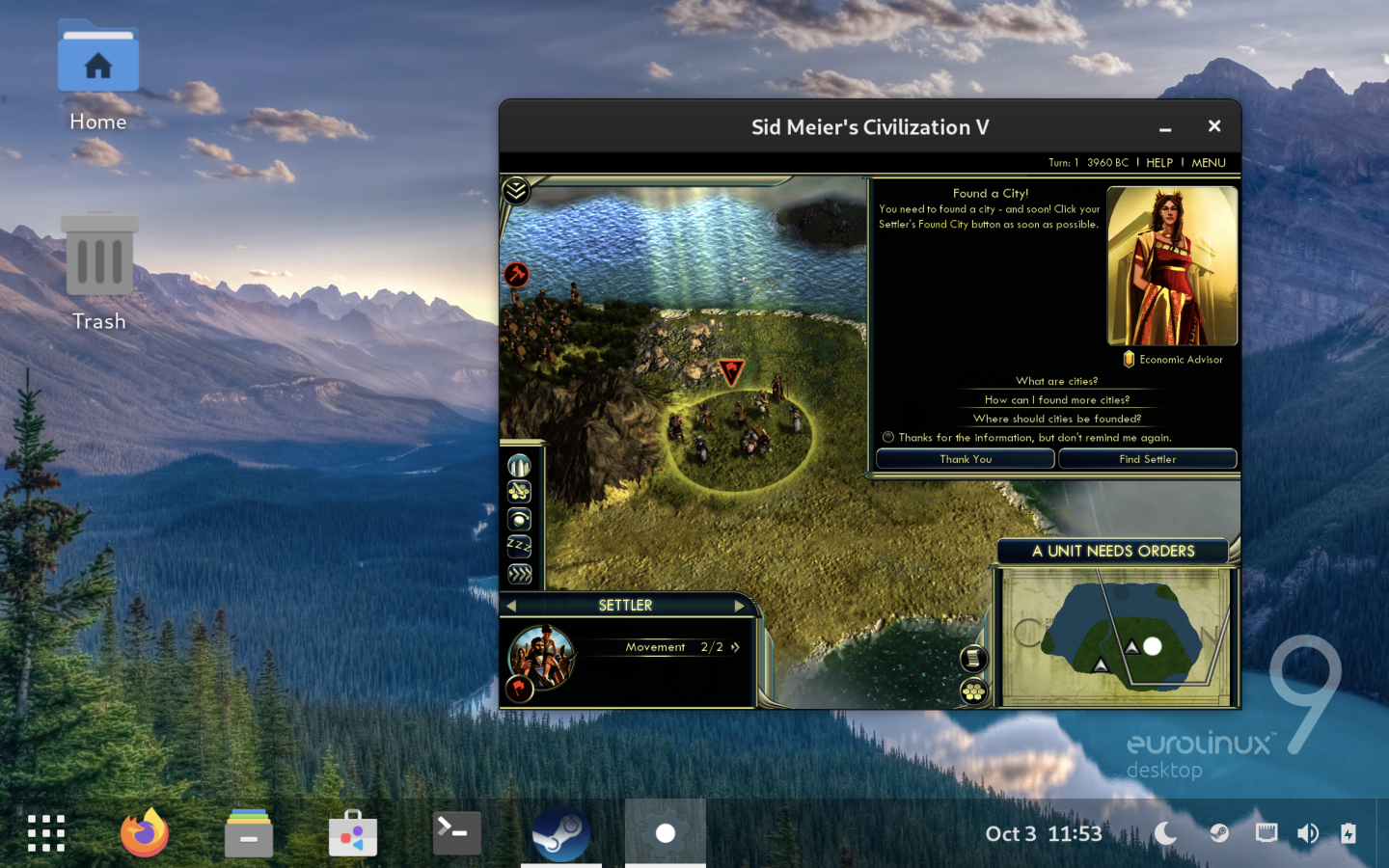 To install Steam on EuroLinux 9 Desktop, run the following commands:

GOG is a digital distribution platform service for video games and movies. It makes many DRM-free digital games available for many platforms, including Linux. A Linux version of the client is planned, but an expected release date is not available. Nevertheless, in the Software application in the FlatHub repository, you can find several minimalist clients for this (Polish) provider. In addition, GOG provides standalone game installers, so you can use it with any web browser. GOG is also integrated with the Lutris platform.

Lutris is a free and open source game manager for GNU/Linux. It provides a consistent interface and community installation scripts that automatically configure the Wine environment for specific game titles. Lutris also offers integration for software purchased from GOG, Humble Bundle, Steam and Epic Games Store. These can be run after logging into the respective services, directly through the Lutris app. In addition, Lutris supports more than 20 emulators, including ScummVM, DOSBox. Dolphin, MAME, Snes9x, PCSX2 and PPSSPP. On EuroLinux Desktop, the Lutris client can be installed directly from the Software application by searching the FlatHub repository. 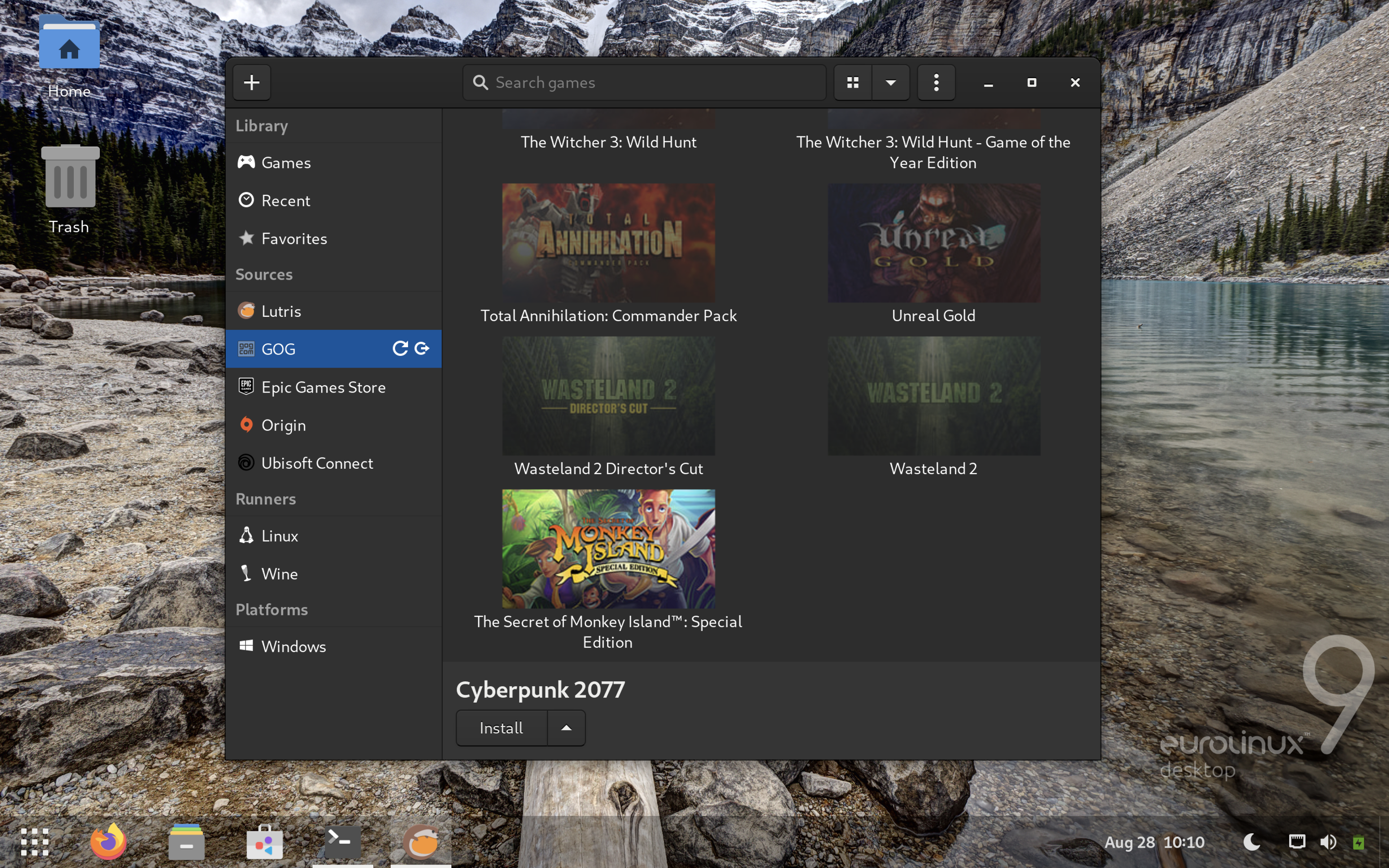 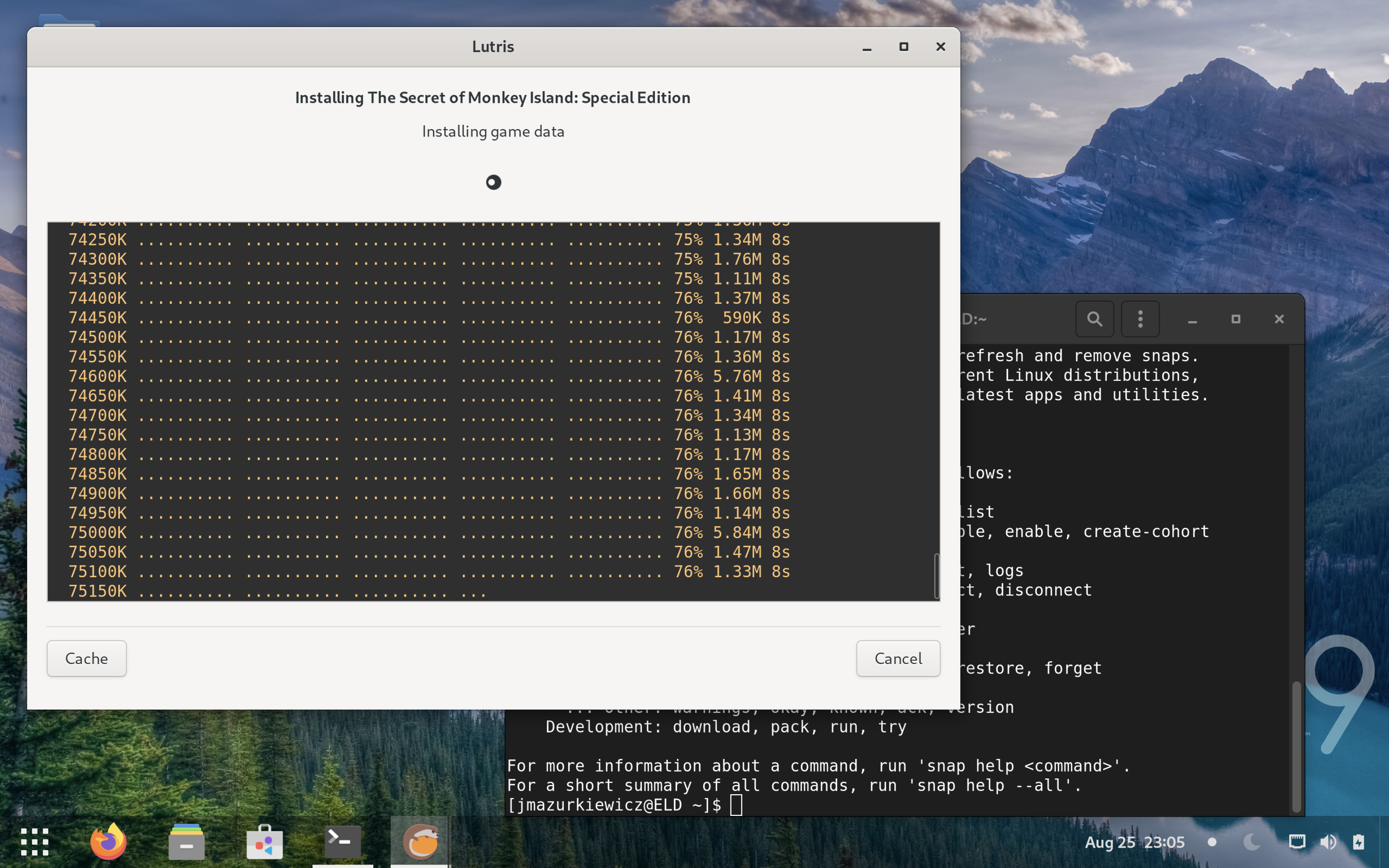 Installing a game from GOG.com via Lutris 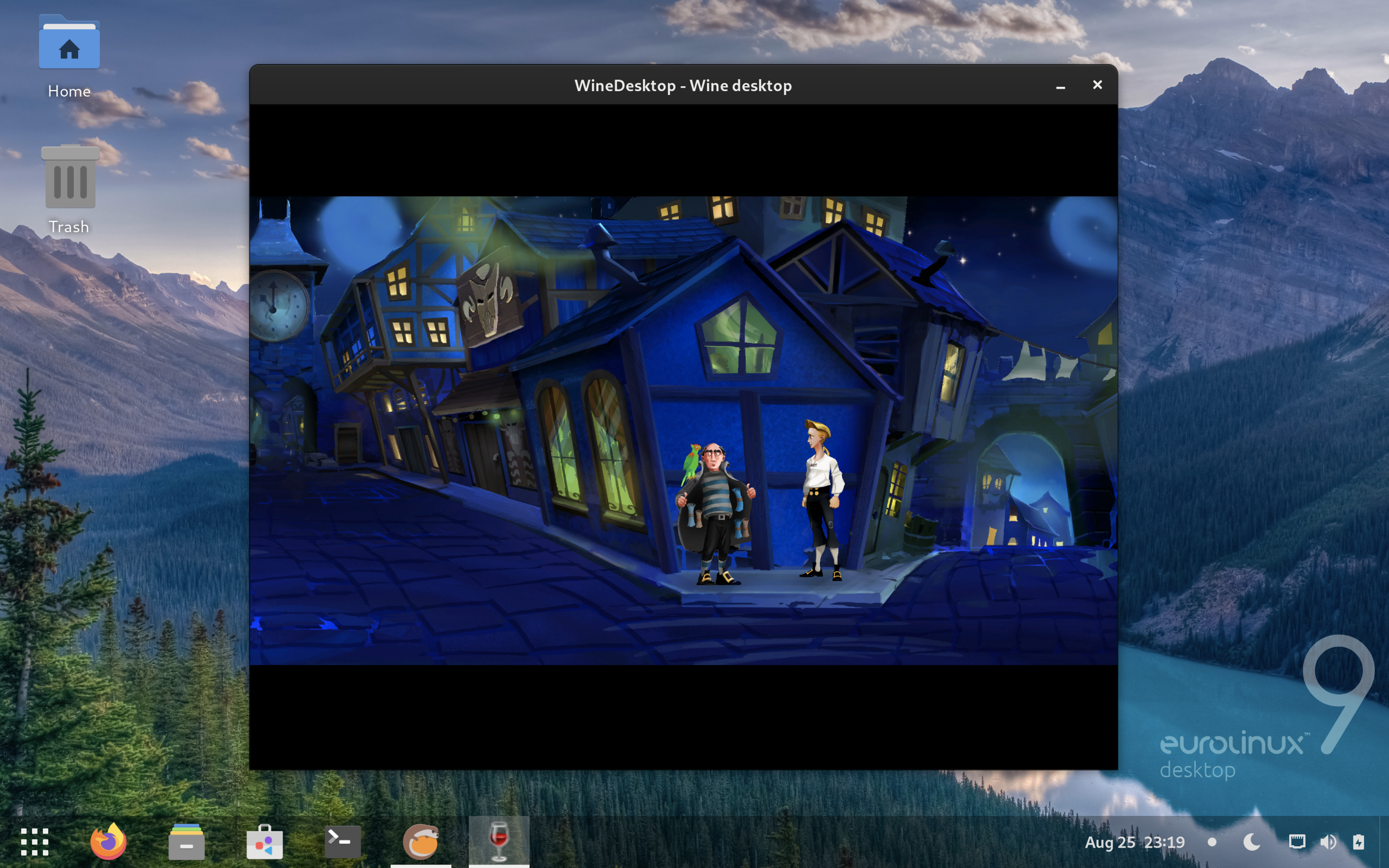 Game running on EuroLinux Desktop thanks to the Lutris service

Finally, a few words about some limitations. The company EuroLinux does not support applications installed from outside the official EuroLinux 9 Desktop repository. On the other hand, the use of external repositories is necessary to install the digital gaming platform clients described in this article. It should also be noted that even after installing the aforementioned clients, some games simply won't work - mainly due to built-in anti-cheat software (e.g. Denuvo, Easy anti-cheat, BattlEye). However, according to the ProtonDB website, more than 80% of the top 1000 games on Steam are currently playable on Linux. More than enough to start playing on Linux :-) These games run natively, or use the Proton compatibility layer.

As the content of the article shows, gaming on Linux is possible, in addition to several different ways. The best digital gaming platforms are available for EuroLinux Desktop, so most gaming needs on this system are met.