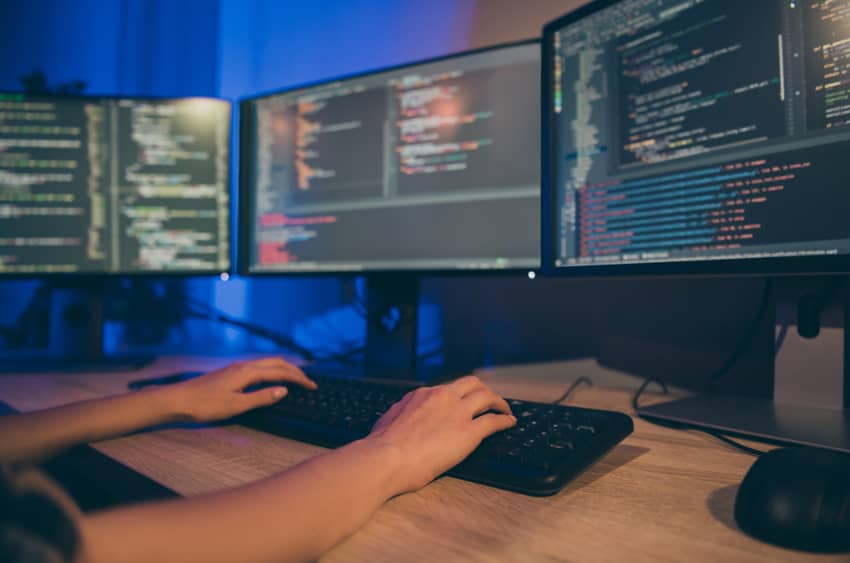 In this guide we’ll present, how packages for the business industry-leading systems from the Enterprise Linux family are being prepared. They consist of, among others, Red Hat Enterprise Linux, Oracle Linux, EuroLinux and CentOS. We’ll elaborate on how the packages’ structure looks internally and how one can easily prepare a specification for them.

The more an enterprise grows and the more employees are being hired, the bigger the need for standardization and having a centralized source of truth. It’s a digital system for storing the goodies a required for a unified environment the employees utilize. That source can, in practice, differ depending on a profession. Nevertheless, the concept is identical:

The last point is worth a closer examination. Since workstations can differ on their configuration, an ecosystem that guarantees a correct installation and operation of the aforementioned software is necessary. Today we’ll discuss the one that EuroLinux uses – RPM.

RPM has been designed to solve the system-wide software management challenges of the current day and age. We’re talking about the challenges of both the end-users and the engineers that build software and deliver it as packages. As a result we get an ecosystem that consists of the merits below.

RPM delivers an automated update of a complete operating system or individual software packages, without requiring an interruption of the running programs. Custom settings created by a user are preserved after an update for the new software releases.

RPM exposes parameters that allow us to lookup packages, individual files they provide, as well as package dependencies in its database. When in doubt, one can easily and quickly locate the information needed and resolve the doubts.

One of the more important aspects for software engineers is the fact that RPM packages contain software sources, which have been prepared by upstream (the original authors). An engineer can add a package building specification or their own patches in separate files and deliver a ready-made product in the form of such package.

How to build your own package?

We’ll show you how to create your own binary RPM package based on the sources EuroLinux offers.

For example, EuroLinux 8 defines the %{dist} macro as .el8, while EuroLinux 7 as .el7. Depending on the target system release, that macro will be expanded so the final text contains a release number.

1. Let’s install the development tools that are required to build a binary RPM from a source RPM.

2. Let’s prepare the directories used by RPM ecosystem as an engineer’s workspace.

Some packages will require additional development headers as part of their building process. Their installation is covered below as a part of an example.

As part of this example, we’ll rebuild an RPM package with a program named mc. We’ll redefine the *%{dist}* macro mentioned earler, build and install a binary RPM and query the system database. This will make us sure the package with the new name has been installed in the system.

2. We edit the *.spec file so we can insert our new macro in there.

6. Let’s also witness our new macro being injected inside mc’s binary as a curiosity.

We have presented how easy it is to prepare a workspace of an engineer responsible for building and delivering a package for the RPM ecosystem in the example above. As a result, that package is now ready to be deployed to a company’s central source of truth and installed by other employees. A company can create its own software modifications this way, which will be applied to workspaces, after the procedure above has finished.