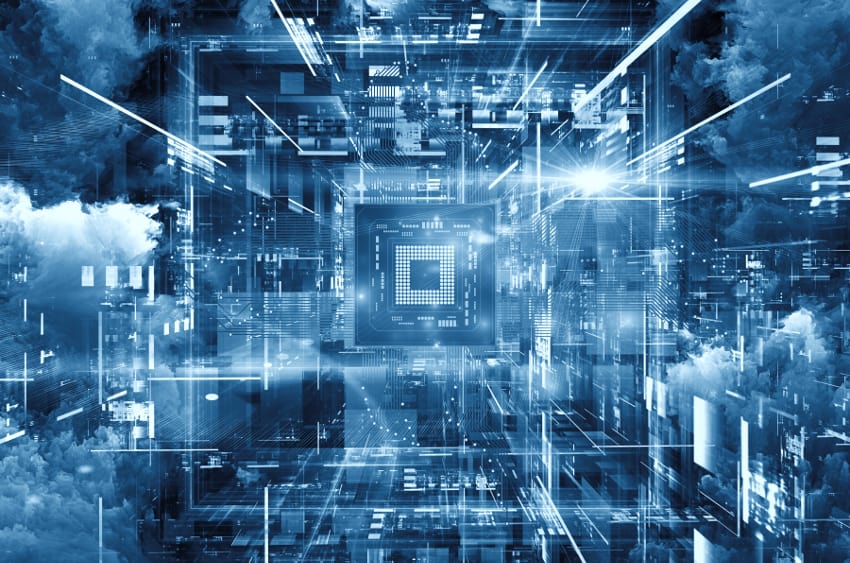 Virtualization enables more effective use of existing hardware resources, generates large savings in server applications, allows building a flexible test environment and prepares for data transfer to the cloud. Therefore, today we are going to take a closer look at KVM, QEMU, libvirt and virt-manager.

Let's begin by explaining some basic virtualization-related notions based on the title set of components:

First, let's check if hardware virtualization is supported by our system. The following command should result in a red vmx or svm flag color:

KVM is a kernel module. So we need to check if it is already downloaded, and if not, download it. Depending on your hardware, we should receive a minimum of two markings as a result of the following command:

It is possible that hardware virtualization is not enabled in the BIOS. Therefore, if KVM modules are not detected, check the BIOS settings. In EuroLinux 8 and other latest Enterprise Linux systems, we will install the necessary virtualization packages with one command:

With virt-manager software, the KVM/QEMU set is no longer as difficult to use as it was a few years ago (when only CLI-only QEMU calls were made). A user familiar with VirtualBox can easily handle KVM support via the Virtual Machine Manager GUI. Network configuration has also been simplified. By using the default Network selection setting, the guest automatically receives a static IP address from the Class C private address pool, and no additional configuration of network settings on the host system is required. 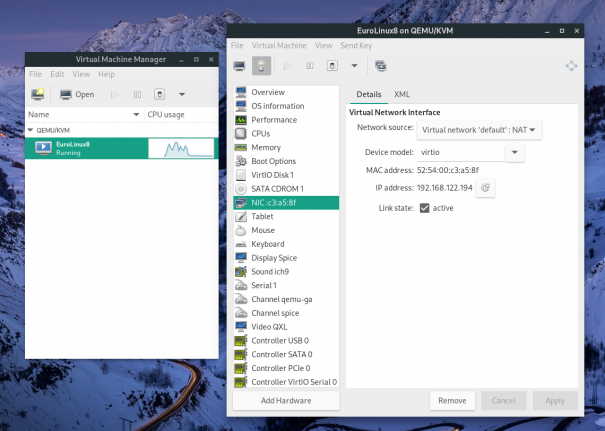 In addition to the virt-manager, the following supporting tools will also be installed:

KVM also supports nested virtualization, which is running virtual machines inside a virtual machine. To activate this mode, it is necessary to edit (and if it does not exist, create) the file:

by typing in the following:

Then, restart the hosting machine. You can validate activation of the nested virtualization operation by executing the command:

If the command returns the letter "Y" or the number "1", the nested virtualization functionality is active on the host. It still needs to be activated in the guest machine by selecting CPUs-> Configuration-> Copy host CPU configuration in virt-manager: 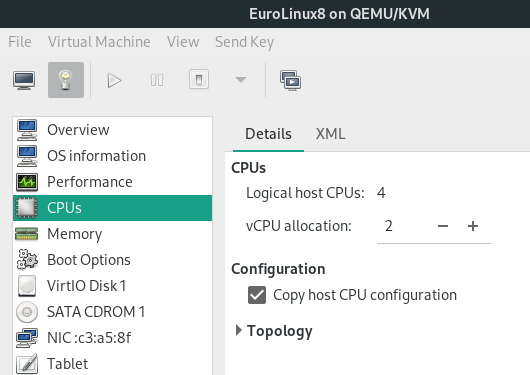 Activation on the guest machine is also possible in the CLI by editing the cpu mode parameter in the XML of the virtual machine:

For more information on handling KVM from the CLI, see the virsh command manual.

Nested virtualization is especially useful when our software requires virtual machines to be created, and must run on a remote server from a service provider that also uses virtualized resources. In this case, we will most often use the command line, but to better illustrate this type of virtualization, we provide the following graphical example:

Tight integration with the host operating system is the main reason why Linux developers usually prefer KVM, which was incorporated into the Linux kernel as early as 2007. By comparison, Xen became officially part of the Linux kernel only in 2011, eight years after its first release. KVM is an open source software, so there are no additional licensing costs for the user. It is also distributed in various ways, often as part of an open source operating system. By default, it is also included in Enterprise-class Linux systems, including EuroLinux 8.

The speed of operation of KVM-based virtual machines, nested virtualization capabilities, and ease of use with virt-manager GUI make the set KVM/QEMU/libvirt/virt-manager a great solution for a novice user, and virsh, available from the command line, perfectly complements this set in server applications.