EuroLinux Desktop is a breakthrough in the operating system market. It combines the aesthetic and functionality of Windows® and macOS® with the reliability and security of the Enterprise Linux distribution. 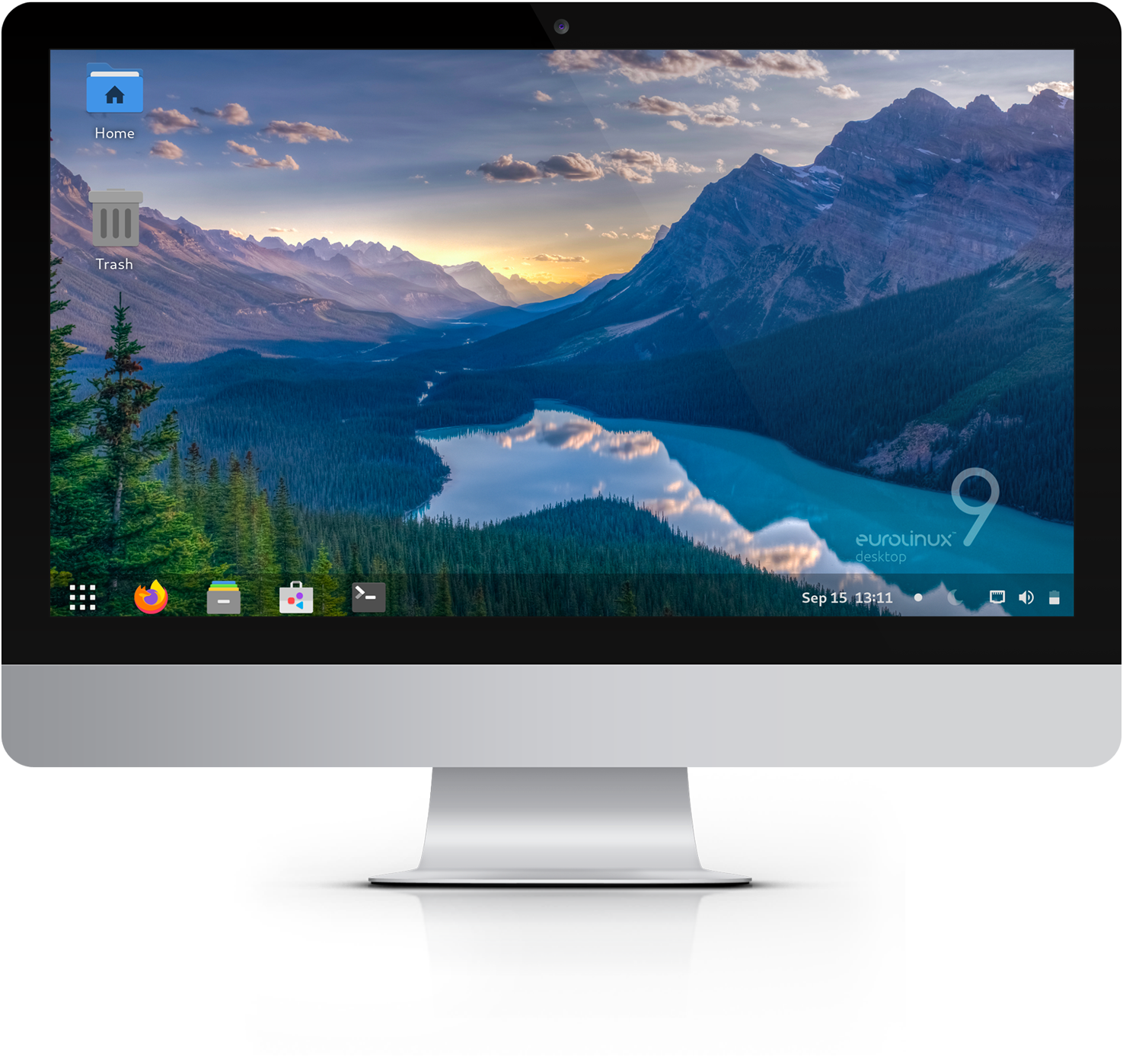 EuroLinux Desktop introduces several changes to the Linux user interface, making it easy to use for those accustomed to Microsoft® or Apple® software. At the same time, it provides the highest security and stability, because it is built on the source code of Red Hat® Enterprise Linux® 9, commonly used in the most demanding environments such as banks, telecommunications or public sectors.

Who is EuroLinux Desktop for?

For the office, administration, bank and at home

EuroLinux Desktop is designed for individuals and organizations that use Windows® or macOS® daily and are looking for a stable operating system that maintains the aesthetic of the Microsoft® and Apple® solutions and is covered by long-term technical support. EuroLinux Desktop is the answer to the needs of public administration, the financial sector, educational institutions, as well as private users who value software security. 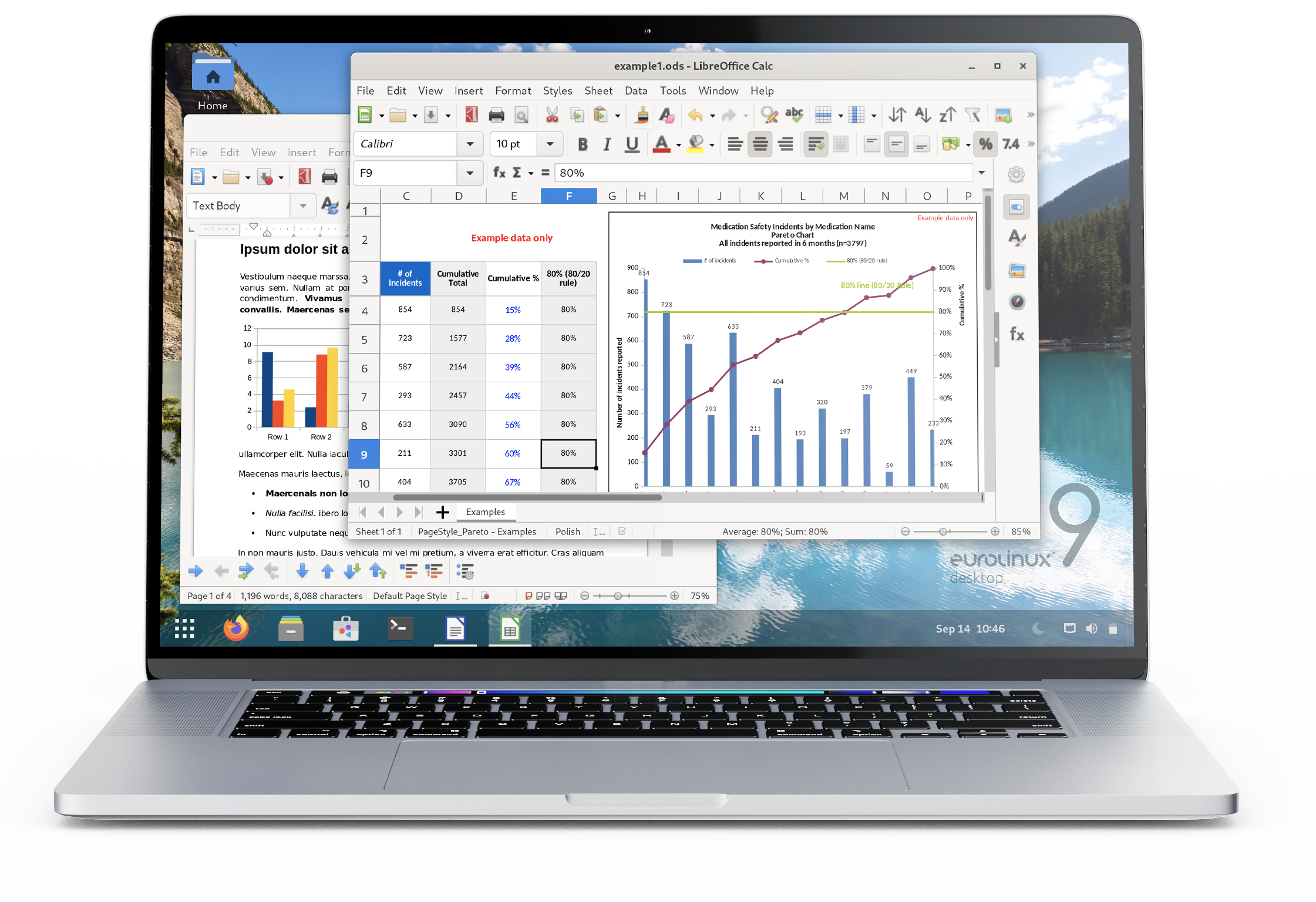 EuroLinux Desktop supports applications in AppImage format. Using them resembles the familiar Windows® programs with the .exe extension. However, unlike Microsoft's solution, the AppImage application in EuroLinux Desktop is always run by a non-privileged user, which significantly increases system security.

EuroLinux Desktop is integrated with the Flathub repository. This provides seamless access to more than 2,000 free applications. They can be installed, with a single click – analogous to the Microsoft Store® or App Store®.

Among numerous categories there is a wide spectrum of available software. The system provides the tools necessary for working, entertainment, education, information exchange and those needed for the daily, comfortable use of a computer.

Nearly 160 graphic tools and programs for creating and editing raster and vector graphics, applications for advanced photo editing, as well as specialized software for animation, design and 3D modelling.

For developers and administrators

More than 500 educational applications and games, as well as many other entertainment programs.

With EuroLinux Desktop, you can use a huge database of applications designed for Windows®. All you need to do is install Steam® software or Lutris the Open Source gaming platform, or Wine the compatibility layer for Windows® applications. 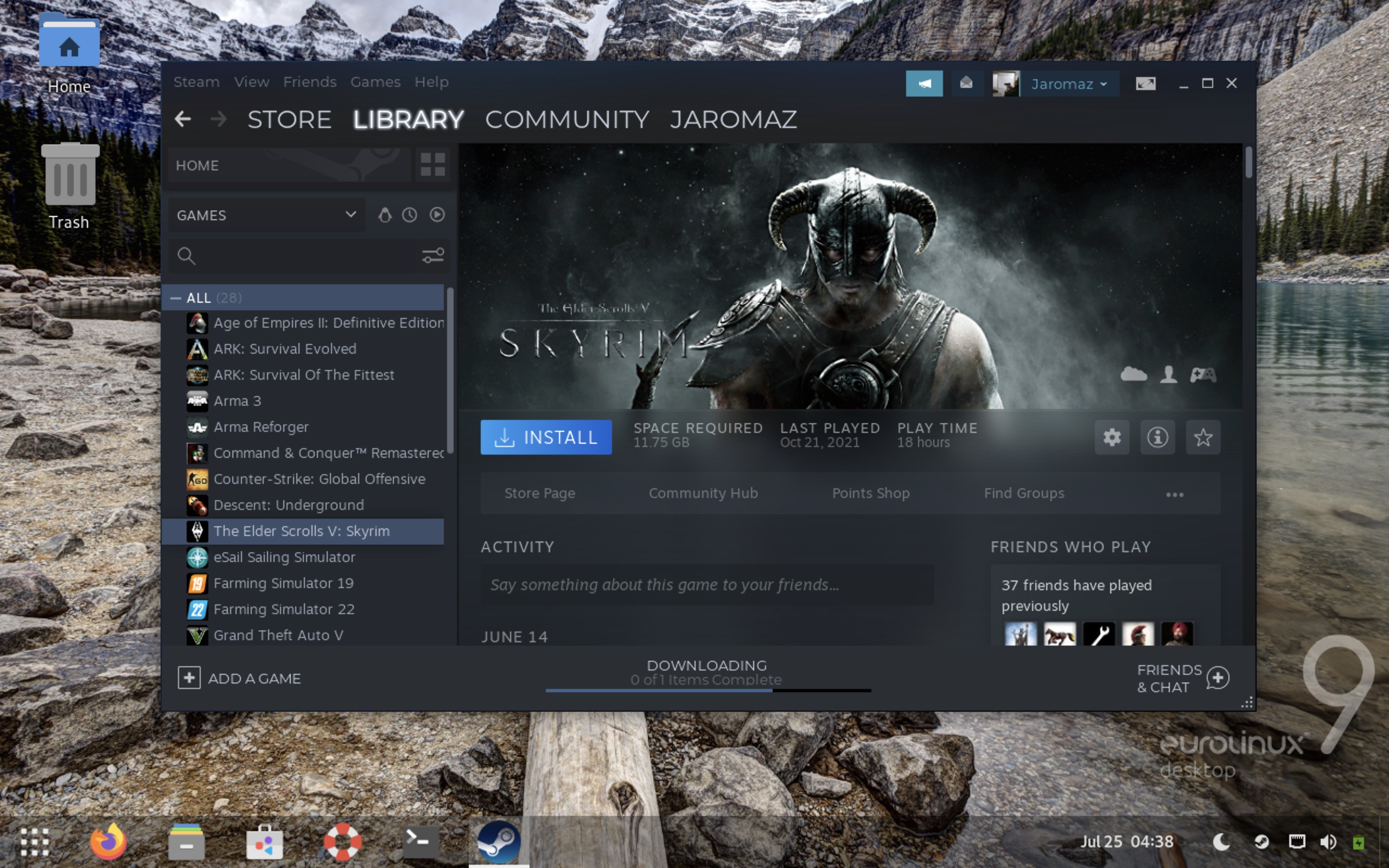 EuroLinux Desktop vs. Windows® and macOS®

The software is developed from Open Source code that is vetted by a community of specialists dedicated to providing the BEST PRODUCT possible.

The system does not track users' activities. Privacy is treated as a very important aspect that should naturally be preserved. GOODBYE SPYWARE.

EuroLinux Desktop is inherently resistant to viruses and trojans. It also has security applications, a firewall and an access policy control system. Updates are downloaded automatically excluding any disturbance in the OS use. This ensures that the system is always UP TO DATE and SAFE.

No matter whether you are a user of the version with or without support, you can use the system without restrictions and customize its appearance and operation in any way you like. After all, this is a system that IS FOR YOU.

The system does not require any cleanup work, such as defragmentation or cleanup. Files are organized from the moment they are created (xfs), and the system works with the same performance all the time. As a result, your work will ALWAYS BE EFFECTIVE.

It is a system for users who value privacy and want to use stable, mature and proven software of the HIGHEST QUALITY AVAILABLE. 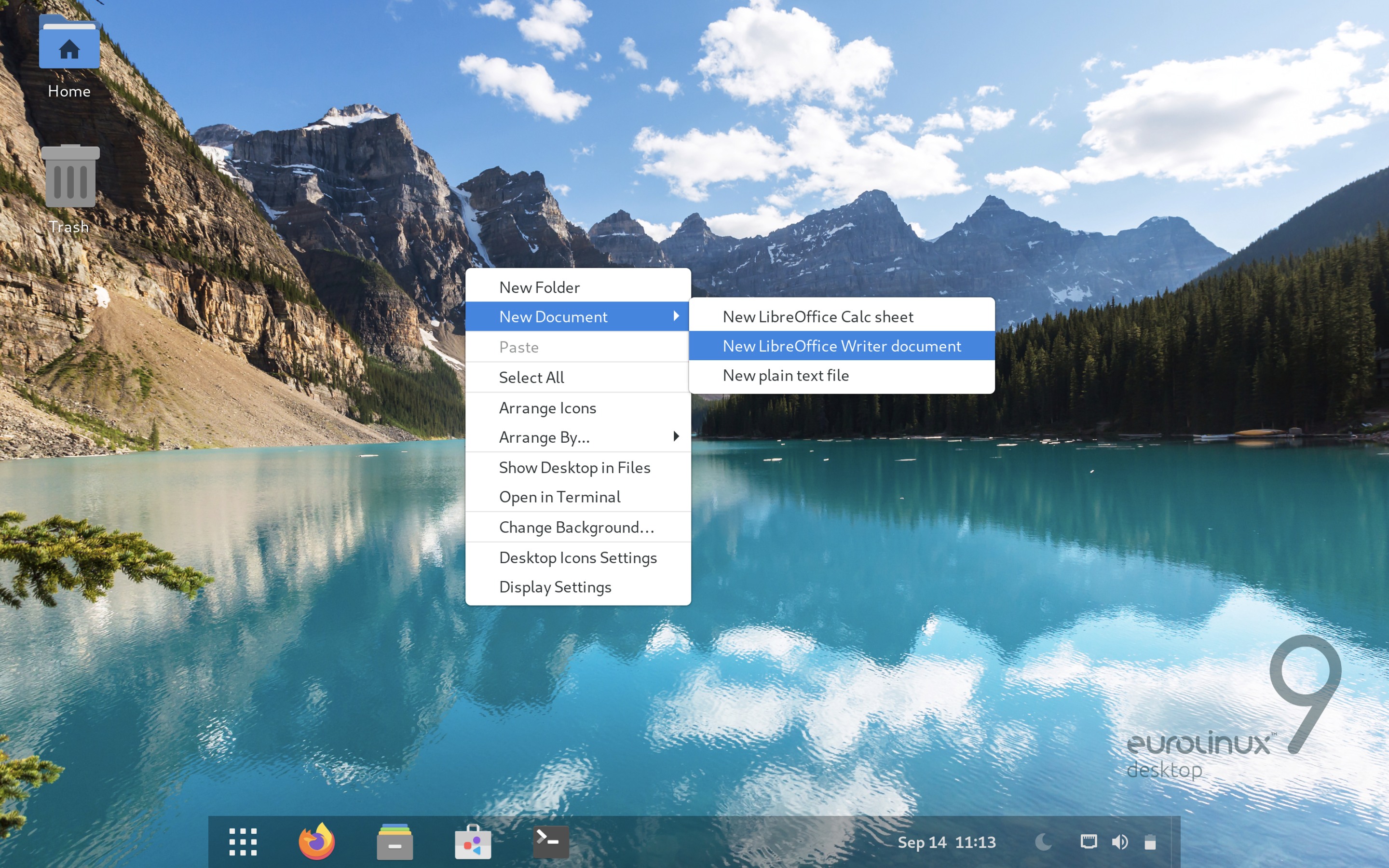 The system allows desktop icon placement, maximization and minimization of windows as standard, and provides a day/night theme change function with an option to set an automatic switchover schedule. It also offers the familiar Windows® additional right-click menu items on the desktop (including New Document, Arrange Icons or Sort by...).

Located at the bottom of the screen, the translucent taskbar is modelled after the latest versions of Windows® and macOS®. It stores icons for favourite applications, notifications and running programs, a button that displays icons for all applications in high magnification, as well as the date and time information. The system allows simple repositioning of the bar to the right, left or top of the desktop, as well as its extensive customization. The user can customize its height, length, transparency, colour, icon spacing and size.

EuroLinux Desktop is offered with paid technical support. As part of the support, the user receives, among other things, the manufacturer's technical support implemented in two languages - Polish and English, with access to documentation and information about security updates (errata).

It is also possible to use the system free of charge, but without support. The software in both cases is functionally identical and contains the same packages. Therefore, the free version is also an interesting proposition for anyone who wants to test the system's operation.

Quotes and opinions from the internet

I had a chance to play with the new system a bit, and I must admit that I did not note anything that would indicate any problem (...) even an untrained user only needs 5 minutes to familiarize themselves with what works and how it works. So it's time to start using Linux at workplace as well.

Red Hat Enterprise Linux is known as a solid foundation for systems in demanding environments. EuroLinux Desktop retains that, but also adds features and enhancements that make this Linux distribution much more accessible (...) the Polish team has made an effort to provide a much friendlier interface and other features that will make current Windows or macOS users feel at home (...) The Polish Linux distribution looks well thought out.

EuroLinux doesn't beat around the bush and clearly classifies itself as an alternative to Windows and macOS. (...) After installation, you'll be greeted by a clean GNOME environment with a few important changes (...) I will frankly admit that in principle, I could use EuroLinux Desktop on a daily basis and I would be satisfied. I would especially choose this system for a computer that is simply meant to work 100% perfectly.